Devin's dance journey debuted in 2010 as a member of the Golden State Warriors' Junior Jam Squad. He has now spent 12 years as a competitive and professional dancer. Devin is the first male of UCLA's Dance Team where he was featured on the Los Angeles Time, The Kelly Clarkson Show, Good Morning America, and Inside Edition. He also served as captain of UCLA's dance team during his last year on the squad. While cheerleading at school, Devin majored in dance and trained in modern, ballet, jazz, and hip hop. He, also, has experience in musical theater and he has trained in various hip-hop styles such as popping, waacking, and vogueing. Devin has always had a love for choreographing and began teaching in 2017. At the Raiderette’s Studio, Devin hopes to continue his professional career as a performer while sharing his passions as Lead Instructor. 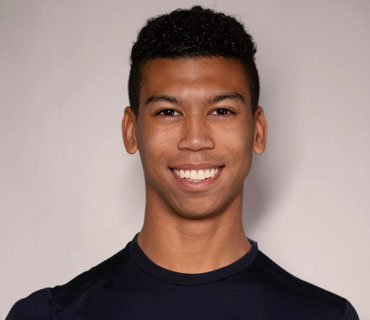 learn more about our upcoming classes

Our studio fosters a welcoming environment for our community and provides dance and fitness classes and seasonal camps to all levels and ages taught by the iconic Raiderettes and Raiderettes Staff.